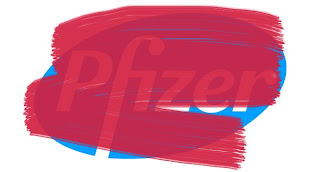 You read it here first!  I first reported Pfizer’s exit from antibiotics R&D back in February of this year. In that report, I noted that they claimed they were moving their antibiotic discovery effort to China  I also expressed doubts that they would ever be able to do that.  I have a source that tells me that they have now announced (at least internally) that they are cancelling their plans (such as they were) to establish antibiotic discovery in China. They still claim that they will continue to pursue what antibiotics they have in development.  I seriously doubt they will be successful there either. My doubts around Pfizer’s confused efforts in the antibiotic arena are based on the following –
So, I get to say “I told you so” on their failure in China, but I also predict that they will never be able to successfully develop whatever assets they want to move forward since they have lost virtually all their internal expertise.  When Wyeth moved out of antibiotic R&D, they at least had the sense to retain a small core of scientists to support the ongoing development and later marketing of tigecycline.  Pfizer appears not to even have that much foresight – or they just don’t care.
It is all very interesting because I occasionally hear from clients that Pfizer business folks want to talk to them about whatever antibiotic the client may have in various stages of development. But I always warn them that they should take these approaches with a large grain of salt since I doubt, for the reasons noted above, whether Pfizer can even intelligently evaluate an antibiotic in-licensing opportunity.  So far, I have been correct in this assessment.
Of course, this is an incredibly sad state of affairs.  When the world’s largest pharmaceutical company is so incompetent that they bungle their exit from a deprioritized area to this extent, it brings into question the entire management of the company.  I also lament Pfizer’s exit from antibiotics R&D since it is just one less large pharmaceutical company in the fight against resistant infections and it is an additional large number of unemployed microbiologists with industry experience looking for work. Finally, I fear that there will be more competition in the consulting business!
Posted by David Shlaes at 8:37 AM