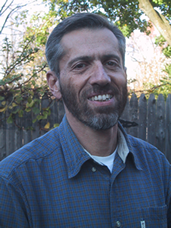 At this time of year, my thoughts turn to others – one in particular.  No – its not cholera in Haiti.
Many years ago, when infectious diseases physicians could still perform and read their own Gram’s stains, examine their patients’ cultures and susceptibility tests, I was training with Manny Wolinsky of non-tuberculous mycobacteria fame.  At my side, was Michael Lederman.  For reasons I could never understand, Michael decided that he would go into immunology and ended up being on the front lines of the HIV epidemic.  I finally realized that he did this because he was smarter and more prescient than me.  After all – how many companies who started in antibiotics are still carrying out research in the area?  For HIV – most companies who started out there are still in the fight.
Michael is known as Leachem to his friends.  He likes to speak and write backwards.  They say that most brilliant people are quirky!  He experienced a life-threatening type-I aortic dissection this past week.  I understand that he is recovering well.  But I wonder how his interaction with the hospital bureaucracy went given his penchant for speaking and writing backwards.  I’m sure that the main reason he survived is that he made his own diagnosis within milliseconds of experiencing symptoms and was able to prod the surgeons into taking him seriously. Leachem is a spectacular clinician and diagnostician and I am sure that even his own illness would not have interfered with his ability to discern his own diagnosis immediately and correctly.
Leachem, being an acute ID physician, is more than aware of the dangers of being in the hospital.  When told that the only people washing their hands were the infectious diseases colleagues visiting him, while still on the ventilator, he wrote “____heads!”  on a pad of paper.
I understand Leachem is back at home recovering at this point.  Home is a much safer place than the hospital.   So, I wish him an his family all the best.
Posted by David Shlaes at 12:50 PM